Bold Beasts: Everything You Need To Know About Red Squirrels
457
post-template-default,single,single-post,postid-457,single-format-standard,theme-bridge,bridge-core-2.5.7,woocommerce-no-js,ajax_fade,page_not_loaded,boxed,,qode-title-hidden,columns-3,qode-child-theme-ver-1.0.0,qode-theme-ver-24.2,qode-theme-bridge,disabled_footer_top,qode_header_in_grid,wpb-js-composer js-comp-ver-6.4.2,vc_responsive,elementor-default,elementor-kit-669 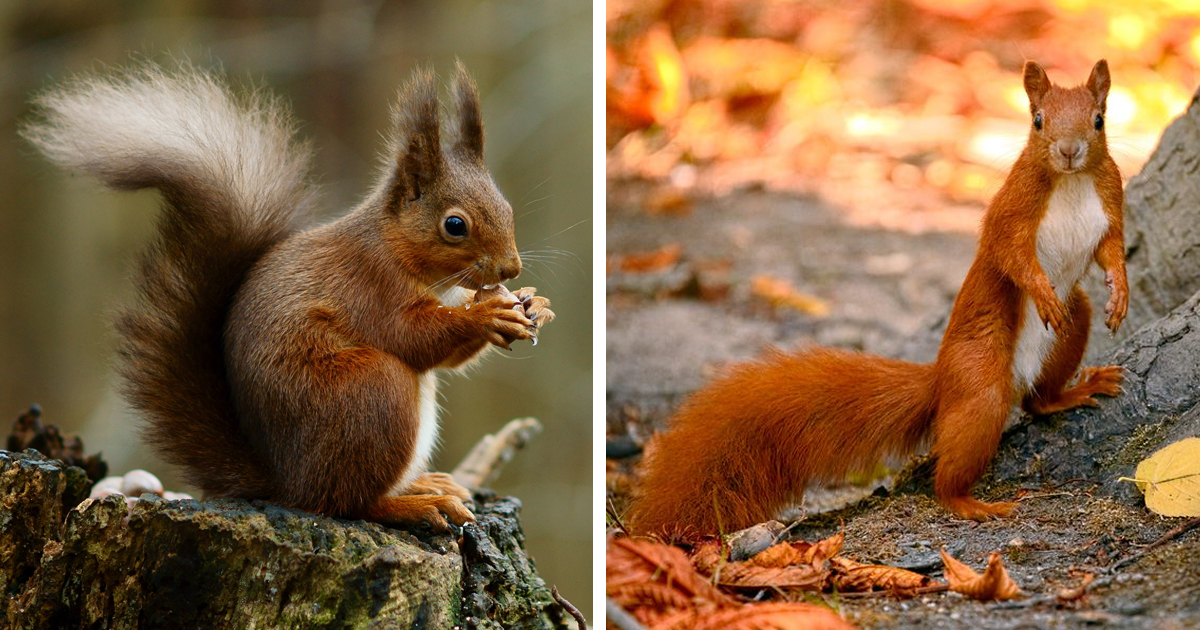 17 Oct Bold Beasts: Everything You Need To Know About Red Squirrels

As you may have noticed, we have two beloved squirrels in the Bold Beasts family – Esquire the grey, and Rufus the red. Today, we’re going to focus on Rufus’ real-life cousin – the elusive red squirrel, AKA Scirius Vulgaris.

With their russet fur, ear tufts and long, fluffy tails, red squirrels hey are well-liked all over. Sadly, they are a pretty rare sight in the UK, due to significantly reduced population numbers.

Numbers in the UK have fallen dramatically since grey squirrels (Sciurus carolinensis) were introduced to Britain from the Americas in the 1870s. Since then, the UK population of red squirrels has dropped from around 3.5 million to around 150,000. The population in England is thought to be as low as 15,000.

As you might have already gathered from the above information, the presence of grey squirrels is a major factor in this huge population decrease.

Why are grey squirrels a danger to reds?

The second reason is dietary. Acorns are one of the more readily-available food soruces in the woodlands, but reds only eat green acorns, as they cannot digest mature ones. Grey squirrels are more likely to get to the green acorns first, leaving the red squirrels at risk of starvation.

Another huge factor in their decline is the loss of woodland over the last century due to human industry.

The most obvious difference between the two subspecies is their colouring. However, all is not necessarily what it seems. The colour of their coat can vary, with some reds appearing very grey. Aside from colouring, a key physical characteristic of red squirrels is their small ear tufts – these grow larger in the winter months.

In terms of behaviour, red squirrels are very elusive and spend much of their time in the tree canopy. This is in contrast to greys, who are a little more bold, and definitely more used to human interaction.

Red squirrels also have their own unique ‘chuk chuk’ noise – a high-pitched vocalisation which can be heard from quite some distance away.

Contrary to popular belief, squirrels do not hibernate during the winter months. Instead, they fatten themselves up as much as possible in the autumn, and dig out whatever they can when winter hits.

This is important for breeding females, why need to be in good condition for producing young when spring comes back around.

On that subject, red squirrels usually produce 2-3 young, who are called kittens (I know, I know, adorable). They will have their first litter of the year between February and April, and often produce a second litter between May to June.

Kittens are weaned around 10 weeks when they develop a complete set of teeth. Some stay with their mothers over winter. Between 20 and 50 per cent of red squirrel kittens survive to adulthood. 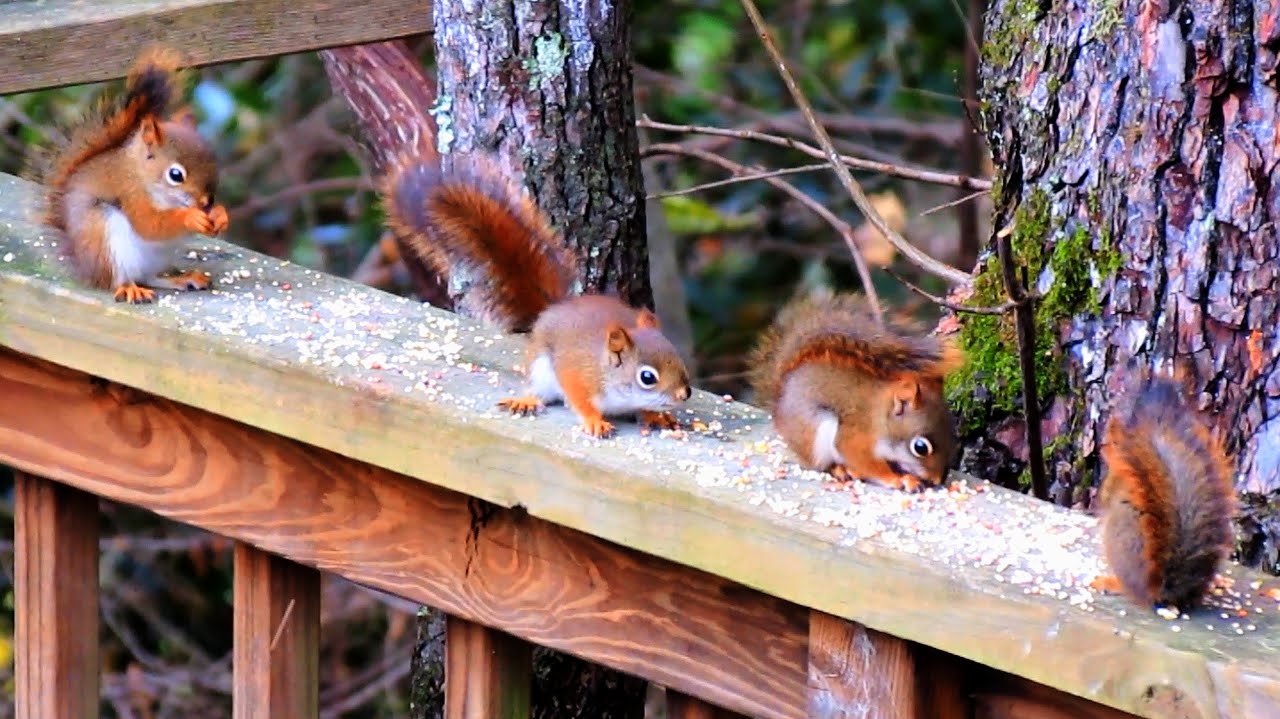 What do they eat?

Aside from the green acorns mentioned above, squirrels love seeds, hazelnuts, fungus, bark, and sapwood. They aren’t entirely herbivorous either – they will occasionally take animal prey such as young birds and eggs.

Because they eat so many nuts and seeds, squirrels play a vital role in the reforestation process.

As we mentioned in the last point, reds do not hibernate, but they do store food in trees for the winter – particularly fungi, which is plentiful in the forest and also doesn’t spoil.