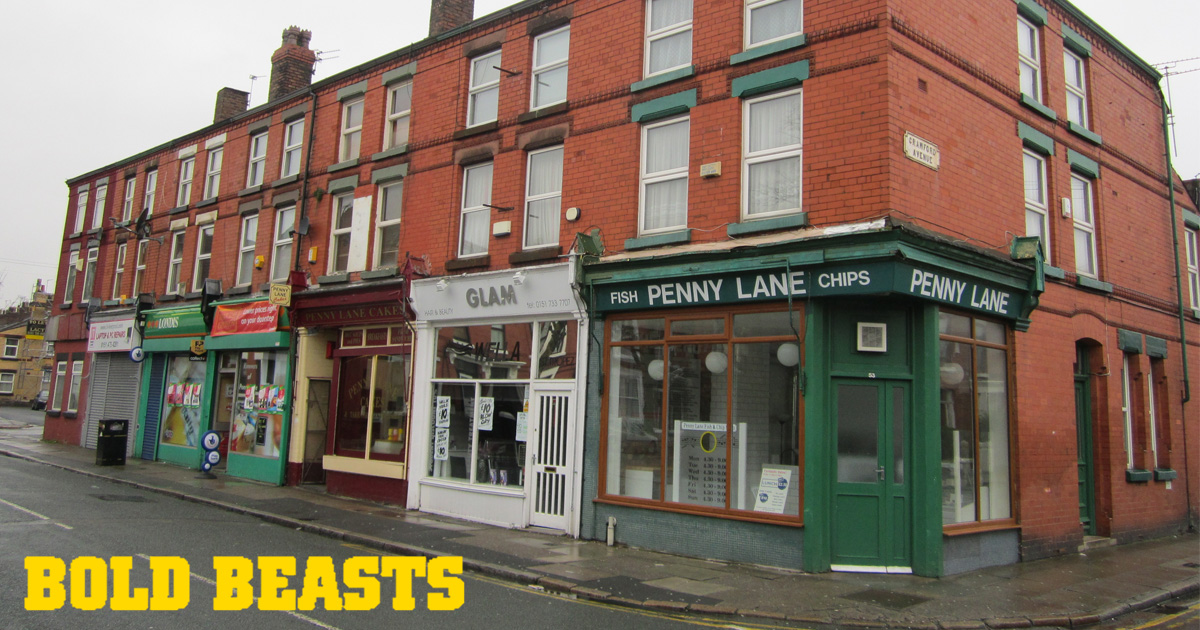 Posted at 21:35h in Uncategorized by Bold beasts 0 Comments
0 Likes

Bold Beasts, as some of you will know, is a Liverpool-based business. To be specific, we operate out of the world-famous Penny Lane.

Penny Lane is the name of a real street in Liverpool. However, the name is used to refer to the general area, which was originally a busy bus terminal that ran buses to and from Liverpool city centre.

Of course, the area is famous because of the classic Beatles song of the same name, but that’s not all there is to it. Penny Lane is, and always has been, a busy, thriving suburb that means a lot to its residents.

It is a great place to live, with dozens of thriving independent businesses, including coffee shops like Bean There and Marmalade Skies (yep, another Beatles reference!), and, of course, yours truly. Even if you’re just visiting, it’s a very nice place to take a stroll, and is absolutely perfect for people-watching, as Paul McCartney so brilliantly documented in the song.

In the song, which was originally intended to be a part of the Sgt. Peppers album, McCartney sings about various landmarks of the area, such as the “Barber selling photographs”. This is an honour which is claimed by every barber shop in the area (of which there are many), but locals will tell you that the line was referring to Tony Slavin’s barber shop, which is still going strong to this day!

Various Beatles-themed taxi tours stop at this barber shop, and bring in the tourists to have a look around and take a few pictures. The staff who work in Tony Slavin’s don’t mind this at all – in fact, it is a daily occurrence for them!

The song also refers to an anonymous banker who wears a mac, and later gets his hair cut in the afformentioned barber shop. Some things never change, and to this day, the area is full of banks.

It’s very nice to have this connection to the world’s most famous band, but there is much more to Penny Lane than this. It’s a great place to live, a great place to work, and there are no shortage of great places to eat, to have a coffee, or to just sit down and watch the world go by. It really does have a little bit of everything.