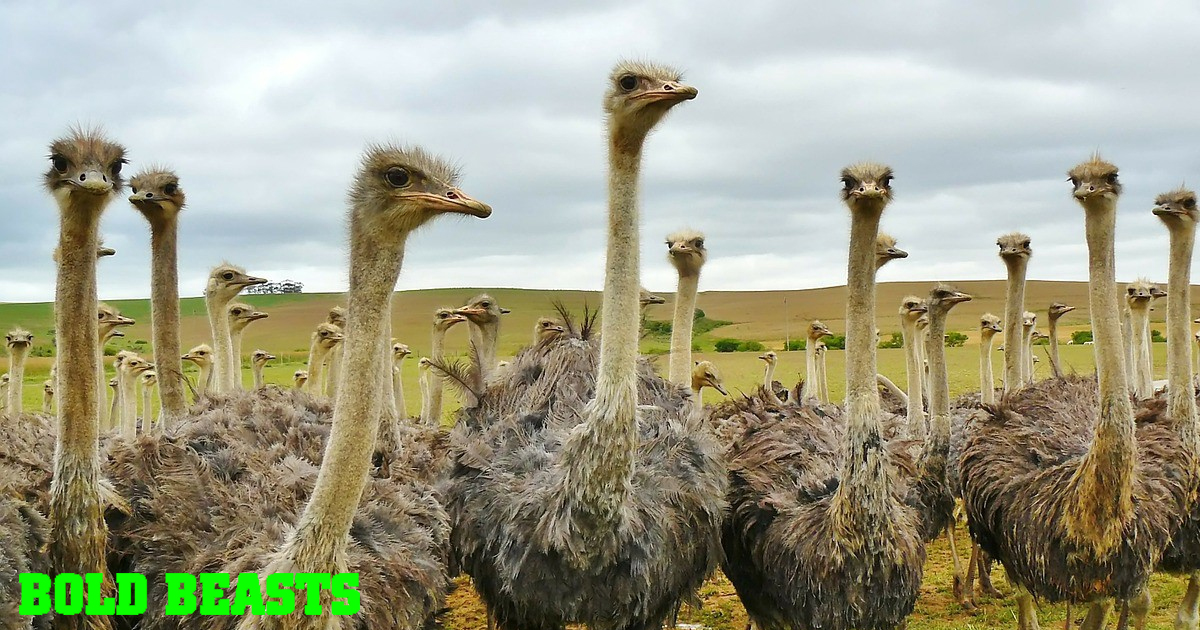 Posted at 16:19h in Uncategorized by Bold beasts 0 Comments
1 Like

Ostriches are fasincating creatures, and have been the subject of endless pop culture adaptations, including the Bold Beasts title Obadiah the Ostrich.

Like many popular animals, Ostriches are often misunderstood, and prone to common misconceptions. Here’s 5 things you may not have known about our tall feathered friends:

1. They don’t bury their heads in the sand

Let’s start by busting the biggest myth about our feathered friends. Contrary to popular belief, ostriches do not bury their heads in the sand. This is a long-held myth, which probably originates from the bird’s defensive behaviour of lying low at the approach of trouble. When they sense danger, ostriches press their long necks to the ground in an attempt to become less visible. Their plumage blends with sandy soil and, from a distance, gives the appearance that they have buried their heads in the sand. It wouldn’t be very good for them if they actually did – they wouldn’t be able to breathe! 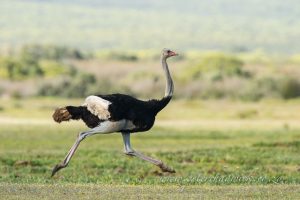 Okay, not literally, but not far off. Adult ostriches have a top running speed of around 70 kilometres (43 miles) per hour! In fact, the only other animal capable of outrunning the ostrich is the cheetah, which has been known to reach speeds of 120 kilometres (74 miles) per hour. Despite this speed advantage, you are unlikely to ever see a cheetah hunt down an ostrich – although they have a clear speed advantage, the cheetah is not phsyically strong enough to bring down such a big bird. In a one-on-one battle, the ostrich is more likely to emerge victorious, owing to the fact that…

3. They have an incredibly powerful kick

This is one of the many reasons that ostriches are not to be trifled with. Their incredibly long, muscly legs are capable of killing almost any other mammal, including lions! An ostrich kick is capable of delivering a massive 2,000 pounds per square inch – that’s more than twice that of a heavyweight boxer’s strongest punch. If you are unlucky enough to find yourself in a one-on-one encounter with an ostrich, your best chance of survival is probably to lie flat on the ground and play dead. The ostrich may stamp and peck at you, but at least it won’t be able to unleash its deadly kick.

4. They have some strange eating habits 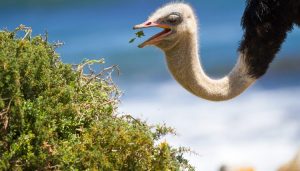 Like a lot of mammals, ostriches are omnivores, meaning that they basically eat anything and everything – leaves, roots, insects, even lizards and rodents. This in itself isn’t that usual, but the way in which they eat their food is. Ostriches don’t have teeth, and therefore cannot chew their food. To combat this and to ease their ingestion, ostriches eat pebbles, so that the food can be ground in their stomach once swallowed. At any given time, an adult ostrich could have up to a kilo of stones in its belly. Ostriches are also capable of going without water for several days straight – an evolutionary necessity of living in dry environments. When no water can be found, they get their hydration from the moisture in their food.

5. They are the oldest birds on earth

When it comes to their stay on the Earth, ostriches are no spring chickens. In fact, Ostriches as we know them now have been around since the Early Miocene era – that’s over 20 million years ago! Ostriches shared this period in time with other well-known mammals of today, including tapirs, camels, pigs, and horses. Others from the era were not so lucky, including the now-extinct teleoceras, a hornless mammal similar to a modern-day rhinoceros.

I hope you’ve enjoyed these ostrich facts. Which was your favourite? Let us know in the comments, and don’t forget to visit our own personal favourite ostrich, Obadiah! You can pick up a copy for just £6.99.